Once upon a time, when all Mother Earth’s creatures could speak and all that was magical was true, there was a most beautiful white owl with big, round, yellow eyes that sometimes looked a little like Auntie Moon. She lived in the frosty, frozen north. Her feathers were white with dark patches that looked like snow on the stony mountain. She was known as Snowy Owl.

The animals of the far north were very content living in Nature’s balance, but Snowy Owl had a feeling that something was missing. She didn’t know what it was. Her friends pointed out the beauty of the sparkling blue glaciers. In the cold, dark night they reminded her of the amazing colors of the aurora borealis and the glittering stars. They showed her how the fresh snow sparkled in the sunlight. “I enjoy the beauty I see all around me,” she said, “but I still think there is something missing.” Snowy Owl was restless.

She decided to ask Polar Bear. She flew across the ice to where Polar bear was stretched out, taking his nap. She knew he would not eat her because he had just had a big lunch, so she perched on a lump of ice and whispered in his ear, “Polar Bear, what are these beautiful sounds I hear floating in the wind?”

Polar Bear opened one eye and paused and listened. He listened very hard. He listened very long. He even sniffed the air thinking that might help him to hear better. Now, bears have very sensitive noses, but you cannot hear with your nose!

“I don’t hear anything,” said the bear, “except the ocean waves splashing against the ice, and the glaciers shifting against the stony mountains, and the caribou munching willow twigs. What does it sound like, Snowy Owl?”

“It is a sweet and lilting sound that warms my heart. I will search until I find what is making these beautiful sounds.”

Snowy Owl then flew to the frozen tundra to find her friend Caribou. She perched on the ground near where Caribou was munching on a willow twig. “Caribou,” She called loudly (because Caribou is very tall, you know), “what are these beautiful sounds I hear floating in the wind?” 6

Caribou stopped munching and paused and listened. He listened very hard. He listened very long. He even sniffed the air thinking that might help him to hear better. Now, Caribou have very sensitive noses, but you cannot hear with your nose!

“I don’t hear anything,” said Caribou, “except Polar Bear huffing and puffing along the ice floes, the wind whistling through the evergreens and the mountain goats prancing on the stony mountain slopes. What does it sound like, Snowy Owl?”

“It is a soft, bubbly kind of sound that warms my heart. I will search until I find what is making these beautiful sounds.”

Snowy Owl flew to the evergreen forest to find Little Rabbit. She perched on a low tree limb near where Little Rabbit was hiding. “Little Rabbit,” she said quietly so as not to startle her, “I will not eat you today if you can answer my question. What are these beautiful sounds I hear floating in the wind?”

Little Rabbit perked her ears up and paused and listened. She listened very hard. She listened very long. She even sniffed the air thinking that might help her to hear better. Now, rabbits have very sensitive noses, but you cannot hear with your nose!

“I don’t hear anything,” said Little Rabbit, “except Polar Bear shuffling across the ice, Caribou munching on willow twigs and the trickling of melting glacier ice running under the snow. What does it sound like, Snowy Owl?”

“It is a melodious sound, like little bells that warms my heart. I will search until I find what is making these beautiful sounds.”

Now Rabbit may be small, but she is wise. “Maybe if you flew to the top of the tallest tree you might be able to see what is making that strange melody.”

Snowy Owl thought this was a good idea. She flew to the top of the highest tree and looked around with her large, round, yellow eyes. She could still hear that delicate music on gusts of wind, but all she could see were the tops of many trees.

“Maybe if I fly to the top of the stony mountain I could see what is making those beautiful sounds,” she said to herself.

Many days she sat on that mountaintop hoping she could ask the mountain goats what they know about the beautiful sounds, but they were jumping from rock to rock and couldn’t stay still long enough to answer. 7

Many nights she sat on that mountaintop, gazing at Auntie Moon and thinking very hard. “The Moon is so beautiful! She is so big, and so round and so bright, she must see everything there is to see on the Earth!”

Suddenly, an idea came to her (because if you are quiet and patient, ideas will come to you). “If I fly to the Moon, surely I will be able to see every creature on the Earth and then I will know where the mysterious melodies are coming from!”

Snowy Owl became quiet and patient once more and more ideas came to her. “Auntie Moon is very far away. My journey will take a very long time. I need to be very strong and brave to do this.”

Snowy Owl looked down towards Mother Earth and she could see many things with her big, round, yellow eyes. She could see the stony mountains and the icy glaciers. She could see the evergreen forests and frozen tundra. Snowy Owl could also see Polar Bear and Caribou and the mountain goats and even little Rabbit.

Snowy Owl could also see things she had never seen before! She could see green fields and green mountains and green jungles. She could see birds and animals of every shape and color. But most curious of all, she saw small, two-legged creatures that were the children of humans.

Snowy Owl watched them closely. She watched them play. As she watched, she realized the beautiful sounds were coming from them! She could see their faces smiling and hear their voices laughing and singing! Her heart felt warm as she sang along with the children’s sweet sounds. This made her life complete. All the sounds of her homeland blended with the children’s melodious voices made a great and beautiful symphony for her ears! Snowy Owl was very happy.

She is known as Moon Owl now because she decided to make the Moon her new home. Now she can watch over all the creatures of the Earth. She lives there still and some say if you look carefully when Auntie Moon is full, you can see Moon Owl gazing down on you. She is waiting to hear your sweet laughter and songs. 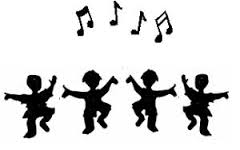